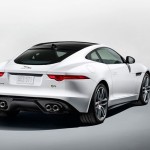 In 1848, Frederic Sorrieu, a French artist, prepared a series of four print visualizing his dream of a world made up of ‘democratic and social republic, as he called them.

Artists of the time of the French Revolution personified Liberty as a female figure.

According to Sorrieu’s utopian vision, the peoples of the world are grouped as distinct nations, identified through their flags and national costume.

This chapter will deal with many of the issues visualized by Sorrieu.

During the nineteenth century, nationalism emerged as a force which brought about sweeping changes in the political and mental world of Europe.

The end result of these changes was the emergence of the nation-state in the place of the multi-national dynastic empires of Europe.

A modern state, in which a centralized power exercised sovereign control over a clearly defined territory, had been developing over a long period of time in Europe.

But a nation-state was one in which the majority of its citizens, and not only its rulers, came to develop a sense of common identity and shared history or descent.

This chapter will look at the diverse processes through which nation-states and nationalism came into being in nineteenth-century Europe.

The French Revolution and the idea of the Nation

The first clear expression of nationalism came with the French Revolution in 1789.

The political and constitutional changes that came in the wake of the French Revolution led to the transfer of sovereignty from the monarchy to a body of French citizens.

The ideas of la patrie (the fatherland) and le citoyen (the citizen) emphasized the notion of a united community enjoying equal rights under a constitution.

The Estates General was elected by the body of the active citizens and renamed the National Assembly.

Internal customs duties and dues were abolished and a uniform system of weights and measures was adopted.

The revolutionaries further declared that it was the mission and the destiny of the French nation to liberate the peoples of Europe from despotism.

Students and other members of educated middle classes began setting up Jacobin club.

Their activities and campaigns prepared the way for the French armies which moved into Holland, Belgium, Switzerland and much of Italy in the 1790’s.

The French armies began to carry the idea of nationalism abroad.

Through a return to monarchy Napoleon had, no doubt, destroyed democracy in France, but in the administrative field he had incorporated revolutionary principles in order to make the whole system more rational and efficient.

The Civil Code of 1804 – usually known as the Napoleonic Code – did away with all privileges based on birth, established equality before the Law and secured the right to property.

Transport and communication systems were improved.

Businessmen and small-scale producers of goods, in particular, began to realize that uniform laws, standardised weights and measures, and a common national currency would facilitate the movement and exchange of goods and capital from one region to another.

In many places such as Holland and Switzerland, Brussels, Mainz, Milan, Warsaw, the French armies were welcomed as harbingers of Liberty.

It became clear that the new administrative arrangements did not go hand in hand with political freedom.

Increased taxation, censorship, forced conscription into the French armies required to conquer the rest of the Europe, all seemed to outweigh the advantages of the administrative changes.

The Making of Nationalism in Europe

Germany, Italy and Switzerland were divided into kingdoms, duchies and cantons whose rulers had their autonomous territories.

They did not see themselves as sharing a collective identity or a common culture.

In Hungary, half of the population spoke Magyar while the other half of the spoke a variety of dialects.

Besides these three dominant groups, there also lived within the boundaries of the empire.

The only tie binding these diverse groups together was a common allegiance to the emperor.

The Aristocracy and the new middle class

Socially and politically, a landed aristocracy was the dominant class on the continent.

The members of this class were by a common way of life that cut across regional divisions.

Their families were often connected by ties if marriages.

This powerful aristocracy was, however, numerically a small group. The growth of towns and the emergence of commercial classes whose existence was based on production for the market.

Industrialization began in England in the second half of the eighteenth century, but in France and parts of the German states it occurred only during the nineteenth century.

In its wake, new social groups came into being: a working-class population, and middle classes made up of industrialists, businessmen, professional.

It was among the educated, liberal middle classes that ideas of national unity following the abolition of aristocratic privileges gained popularity.

What did Liberal Nationalism Stand for?

In early-nineteenth-century Europe were closely allied to the ideology of liberalism.

Liberalism stood for freedom for the individual and equality of all before the law.

It emphasized the concept of government by consent.

A constitution and representative government through parliament.

The right to vote and to get elected was generated exclusively to property-owning men.

Men without property and all women were excluded from political rights.

The abolition of state-imposed restrictions on the movement of goods and capital.

A merchant travelling in 1833 from Hamburg to Nuremberg to sell his goods would have to pass through 11 customs barriers and pay a customs duty of about 5% at each one of them.

Obstacles to economics exchanges and growth by the new commercial classes, who argued for the creation of a unified economic territory allowing the unhindered movement of goods, people and capital.

The union abolished tariff barriers and reduced the number of currencies from over thirty to two.

We are the organization providing ample amount of resources for online preparation.